Leonardo Lustig was born in Santa Margherita Ligure on 1969 (he is German origin).

Since an early age, he shows his vocation for drawing and sculpture, which brings him to successfully finish both the School of Arts in Chiavari and the course of sculpture at the Fine Art Academy of Carrara. After his degree at the Academy, he improves the techniques of working materials in foundries and marble laboratories in Carrara and Pietrasanta, where he works successfully as an assistant of the Moravian sculptor Ivan Theimer and where he meets internationally renowned artists.

As the visitor can see from the drawings and the visits to museums, Lustig’s artistic formation is strongly influenced by the intense and continuative studies of the nature of the major works of the western culture. Leonardo Lustig’s works mainly come from his study of the nature forms and above all of the human body. He takes inspiration from the Greek art, which represents the starting point to get his own artistic expression. Since his artistic début he has been specially interested in the study of the manufacture techniques of various materials, being aware that only their knowledge leads to the clear realization of the “artistic idea”.

The emphasis on movement is fundamental in many of his works. On his work they have expressed qualified critics (Germano Beringheli, Valerio Grimaldi, Franco Boys, Valerio Cremolini, Wolfgang Hirsch and many others) accompanying solo exhibitions in venues in Italy and abroad. Since 2003 he has his own studio in the Bozano Gandolfi Villa, in San Lorenzo della Costa, on the hills of Santa Margherita Ligure. Some of his life-size sculptures are permanently exhibited in the enchanting garden of the Villa, from which you can enjoy a fantastic sight of the Tigullio Gulf. 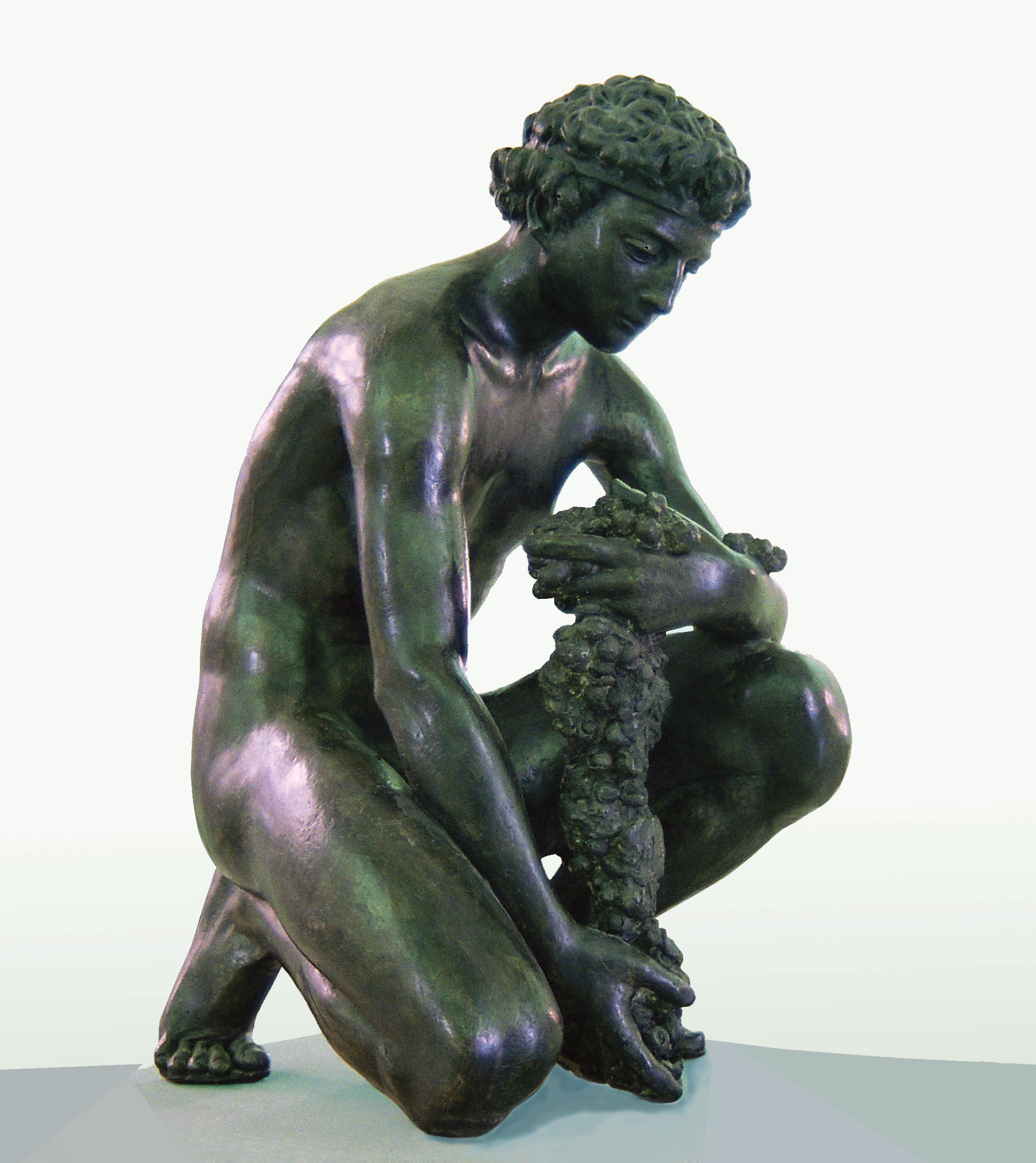 1995 – He’s invited to exhibit two significant life-size sculptures, entitled L’innocente (The innocent) and Fanciulla in Riposo (Resting Girl), in S.Margherita Ligure for the important exhibition Scultori liguri nella seconda metà del ‘900 (Liguria’s Sculptors in the Second Half of the ‘900).
1997 – Exhibition in the splendid rooms of Villa Durazzo, put at his disposal by the community of S. Margherita Ligure. The exhibited works show the sculptor path starting from his early work.
1999 – He takes part in the collective exhibition promoted for the centenary state recognition of the School of Arts in Chiavari. In the same year he temporarily opened a personal gallery. His exhibitions of sacred art in the Assunta Oratorium of Portofino draw several consents.
2000 – On occasion of the Jubilee Year, he creates the sculpture called Roveto Ardente(Burning Bush) for the presbytery of the church of S. Antonio, Sestri Levante. The five metre high, patinated concrete work is admired by the countless visitors. 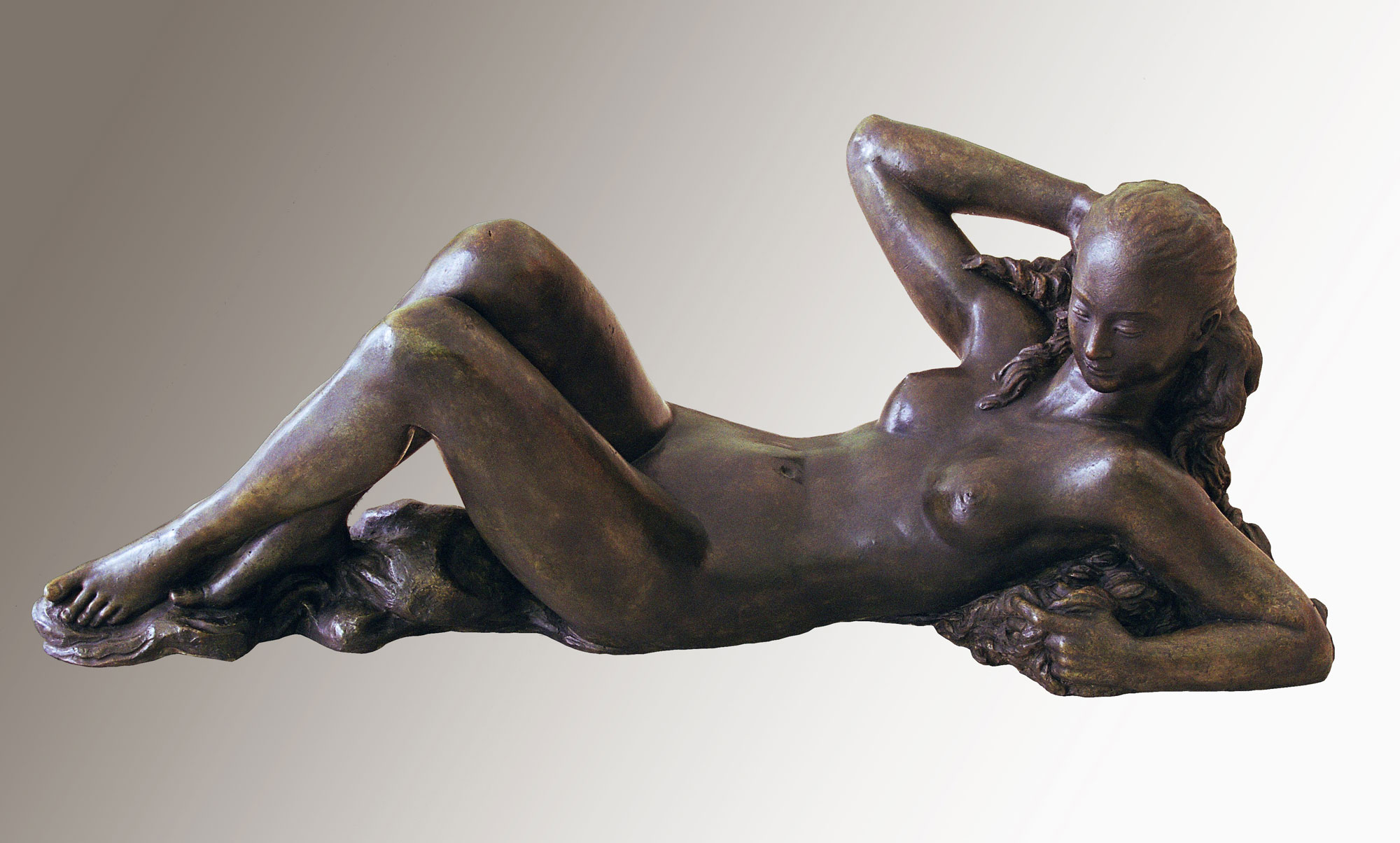 2001 – Art connoisseurs and critics see positively the exhibition in Piazzetta Est, in Rapallo, made up of highly selected sculptures.
2002 – Anthological exhibition disposed on three levels in the restored sixteenth-century castle of S.Margherita Ligure. Some works are displayed in the Tocchetti Gallery of Lugano.
2003 – More exhibitions in the Helvetic land: in the A. E. Raeber Gallery, Zurich, and at Desforges, Geneva. The sculptor exhibits again in S.Margherita Ligure castle. Exhibition at Villa La Meridiana, S.Maria di Leuca, in the province of Lecce.
2004 – Exhibits in Montecarlo in the Everest gallery and at the Hotel de Paris promoted by the gallery Telaccia of Turin and exhibition in Portofino, in the Assunta Oratorium.
2005 – At the Company Bianco Cave of Melpignano in the province of Lecce, made a series of sculptures in the stone from Lecce.

2006 – Participates in the great exhibition in Imperia L’ulivo nell’arte (The olive tree in art) Villa Faravelli where he has exhibit his sketch for the monument to the farmer. The monument will be inaugurated in 2008 in Santa Margherita Ligure. He realizes his monograph edited by Franco Ragazzi and published by De Ferrari Editore in Genova. The book is presented in the magnificent Palazzo Doria Spinola of the Province of Genoa along with its exhibition of sculptures. Followed by other presentations in the tourist centers of the Ligurian Riviera and at the Palazzo San Giorgio in La Spezia.
2007 – In the harbor in Portofino is inaugurated its relief commemorating Francesco Petrarca, made of Carrara marble. The art critic Daniele Crippa from Milan makes him put on permanent display for his work Presenza in marble of Carrara in the Park Garden in Portofino. His work of sea Man is placed on permanent display in Santa Margherita Ligure gardens. The garden of Villa Bozano Gandolfi seat of his office becomes open to the public and received the patronage of the Municipality.
2008 – The City of Santa Margherita Ligure unveiled the monument to the Contadino di mare (sea farmer) in San Lorenzo della Costa at the Via Aurelia road.

2009 – Take part in the symposium Open Space in Motta Camastra in the Province of Messina, here he created a work of local stone.
2010 – The Regina Elena Hotel in Santa Margherita Ligure serves a large exhibition with its sculptures, some will remain on permanent display.
2013 – His work in bronze Pescatore is located in the Baia del Silenzio in Sestri Levante. He published the book of his bronze fisherboy La Baia della meraviglia L’Arte incontra il mare.
2015 – He realizes the Dea dell’Ulivo (goddess of the olive) high over three meters in Carrara marble, located in a vineyard in Piedmont.
2016 –He realizes for the city of Tromso (Norway) the sculpture “Runners” in bronze on a base in black-blue labrador from Larvik (Oslo), located in the city center, dedicated to the annual Midnight Sun Marathon.

Artist’s works can be found, as well as in private collections, in the following areas: 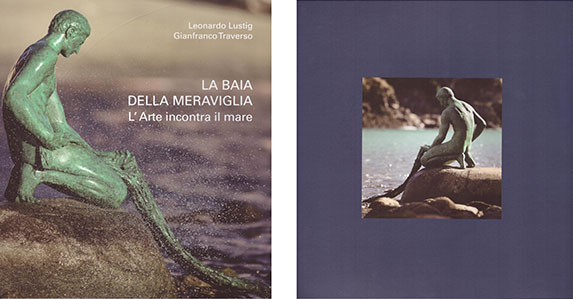 The photographs in the website was made by: Carlo Baroncini, Magdalena Kaczowka, Roberto Montanari, Truls Tiller.

The video about the Fisherboy-sculpture was made by: Annamaria Galbiati.